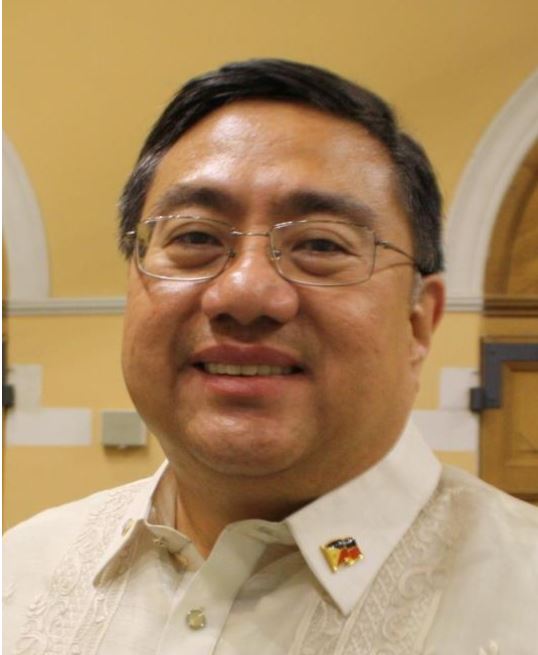 His Excellency Ambassador Carlos D. Sorreta is one of the members of the Board of Advisors of the Russian Studies Center of New Era University-School of International Relations. He is a career diplomat who has been in the Foreign Service for more than thirty (30) years and currently holds the rank of Chief of Mission I, the highest rank in the Philippine career foreign service.

Prior to his appointment as Philippine Ambassador to Russia in 2015, Ambassador Sorreta held several other positions back home including Director-General of the Foreign Service Institute, Assistant Secretary for American Affairs, and Director of the Treaties Division, Southeast Asia Division, US Division, and Pacific Division. He also served as Special Assistant to the President, the Secretaries of Foreign Affairs and the Undersecretary for Policy.

Being a lawyer, Ambassador Sorreta served as Legal Adviser and Representative for Disarmament and International Security at the Philippine Mission to the United Nations in New York. He later on became Deputy Permanent Representative of that Mission. Ambassador Sorreta was also Deputy Chief of Mission at the Philippine Embassy in Washington DC, where he negotiated several agreements and appeared before the US House of Representatives on behalf of Filipino World War II veterans.

NEU’s academic cooperation with Ambassador Sorreta dates back to 2018 when some of the University officials paid him a courtesy visit in Moscow following NEU’s signing of Memorandum of Understanding with the Moscow State Institute for International Relations, known as MGIMO. In fact, Ambassador Sorreta was instrumental in ensuring that no less than two of the highest officials of the Philippine government, the then Secretary of the Department of Foreign Affairs, and the then Presidential Chief Legal Counsel, witnessed the signing of the historic Memorandum of Understanding between NEU and MGIMO.  On a more personal level, Ambassador Sorreta is not really an outsider in the NEU Community.  One of his children was a student of the New Era University. 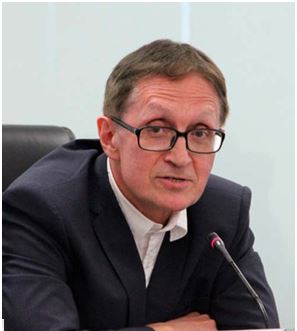 Even prior to the establishment of RSC, Dr. Sumsky has always been a constant partner of the University. In September 2018, Dr. Sumsky was main speaker at NEU’s global current affairs forum, titled “Is the Cold War over?”. In November 2019, he delivered a lecture on Philippine-Russia Relations to more than a hundred Foreign Service Students of NEU. Dr. Sumsky was also a consistent resource person for the television program ASEAN in Focus Weekend, a program co-produced by the NEU and Eagle Broadcasting Corporation.

Dr. Sumsky was Director of ASEAN Centre, MGIMO. He was appointed to the position in June 2010 and served in that capacity for more than a decade. Prior to that, Dr. Sumsky represented Russia in the Board of the European Association of Southeast Asian Studies for six years (2004-2010). He also worked for the Soviet Foreign Ministry, Institute of Oriental Studies and Institute of World Economy and International Relations (IMEMO) in Moscow.

Dr. Sumsky is also an author whose monographs and many articles are mostly dedicated to political histories and present-day developments of Southeast Asian nations, international relations in East Asia and its security problems.

At the MGIMO, besides being the Acting Director of the ASEAN Centre, Dr. Koldunova is also  an Associate Professor at the Asian and African Studies Department.

Dr. Koldunova is also an author. Among her recent books are “The Palgrave Handbook of Global Approaches to Peace”, and “The Regional World Order: Transregionalism, Regional Integration, and Regional Projects across Europe and Asia”.  Her other works include “Security in East Asia: New Challenges (Moscow: Navona, 2010)”, and Socio-political Thought, High Technologies and Science Development in the Major Asian Countries, which she co-authored with Sergei Lunev (Moscow: Academia, 2015). She also has published works on regional transformations, BRICS and global governance, new security threats in East Asia, international relations in the Asia Pacific, Russian foreign policy in the Asia Pacific, political systems of Southeast Asian states, Thailand’s domestic and foreign policy.

Dr. Koldunova’s relations with NEU stemmed from her numerous interactions with SoIR Dean, Dr. Carlos C. Tabunda, Jr., back when the latter was still with a government academic institution. In 2016, Dr. Koldunova was main speaker in a forum titled “Insights on Russia’s Bilateral and Multilateral Relations in the ASEAN”, sponsored by ASEAN Studies Center, a Learning Center also under NEU-SoIR. She was also a resource person for ASEAN in Focus Weekend, a television program hosted by Dean Tabunda and co-produced by New Era University and Eagle Broadcasting Corporation.

She is a polyglot who speaks Thai, Lao, English, Italian, French, and German.